A series of nationwide protests has placed the Coalition Government under pressure to scrap its newly amended Religious Freedom Bills.

Introduced by Prime Minister Scott Morrison, the package of legislation was initiated to prohibit discrimination on the grounds of religious beliefs.

However, the proposed measures have faced strong opposition. Many groups argue they will also allow people to openly express and act on their beliefs to justify discrimination against marginalised groups.

After receiving 6000 submissions to the first draft, Attorney-General Christian Porter re-worked the legislation. Submissions on these Second Exposure Drafts closed at the end of January. 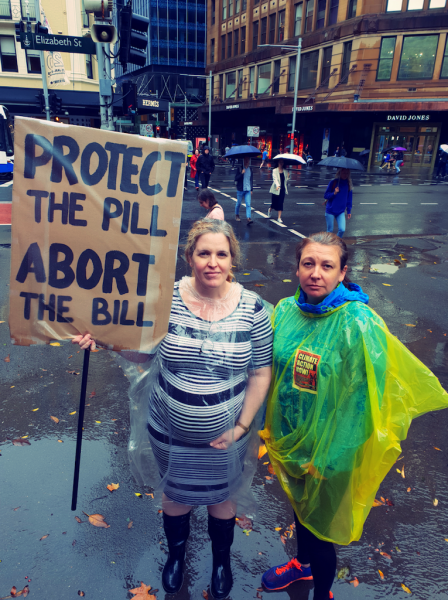 On Saturday afternoon (February 10), protestors in Sydney braved the rainy conditions to express their outrage at the bill – calling for it to be scrapped.

Denisse Milton was among the hundreds of protestors who marched. “There’s no need for it,” she explained. “What it’s doing is that it’s privileging discrimination over the rights of Australians”.

One of the main causes for concern is that the bill leaves women and the LGBT+ community particularly vulnerable to religious discrimination.

Its general outline section states that it would give people “the right to have or adopt a religion or belief” and the “freedom to manifest that belief”.

Protestors argue that this freedom is fundamentally flawed and is a mere guise that will promote further inequality on the basis of individual beliefs.

It could potentially allow someone to refuse to work with another member of staff who identifies as part of the LGBT+ community, or refuse to perform medical procedures if they do not align with their beliefs.

“Women have the right to have access to healthcare professionals that aren’t going to influence or deny them access to [everything from] the pill to IVF, to medication to hormone therapies,” she said.

“This bill is not about religious freedoms, this bill is actually about unleashing hate, bigotry and xenophobia,” Dr Farqui said in her speech to the crowd.

The Prime Minister Scott Morrison however, argues that “this is a bill for all Australians” – a comment made to media when the second draft was released.

Submissions to the Second Exposure Drafts are now being considered.