Bearing the cost of telling the truth

Jennifer Robinson buys a coffee and a KitKat on her way to work. It’s not her usual order, because the beverage isn’t for her. It’s for her client. He’s in a maximum security prison.

His name is Julian Assange.

The London-based human rights lawyer is the longest serving member of Assange’s legal team. She visited the WikiLeaks founder at Belmarsh Prison in south-east London last Tuesday, just before travelling to the University of Technology Sydney (UTS), to speak on International Day of the Imprisoned Writer. 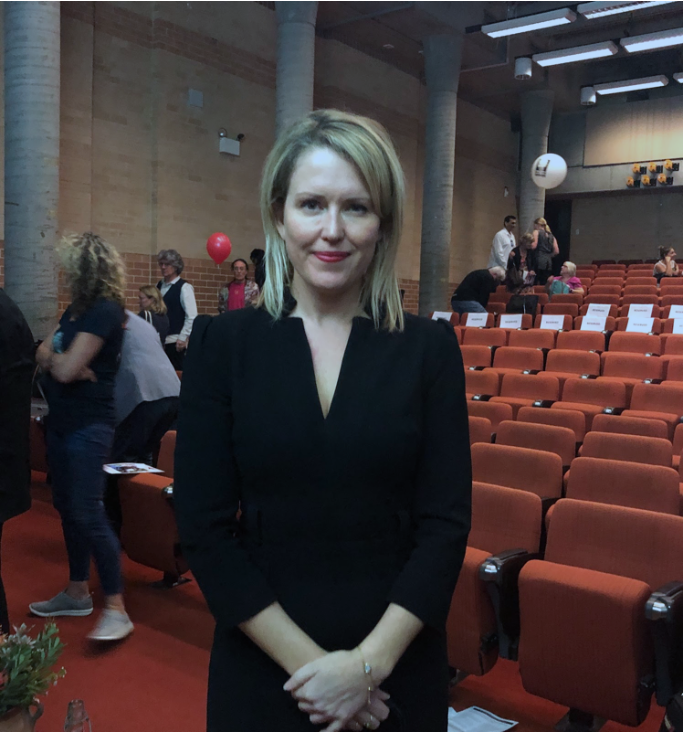 During her appearance on Friday (November 15), Ms Robinson emphasised the importance of not “normalising” Assange’s situation in jail.

“I think it’s really important to talk about what it’s like to be in prison,” she said.

“Every time I visit Julian in the highest security prison in the country, I can’t help but be outraged… by the injustice of a publisher sitting inside that building.”

She described the “round after round” of security she must endure to visit him behind bars.

“I’m led past a range of consultation rooms filled with people accused of violent crimes and terrorist offences, to meet an Australian citizen who’s facing prosecution for the publications for which he has won the Sydney Peace Prize and the Walkley Award for the Most Outstanding Contribution to Journalism.

“That is the situation that Julian Assange faces.”

Assange’s extradition hearing is on February 25, where he’ll be represented by Gareth Peirce, Mark Summers QC and Edward Fitzgerald QC.

If they’re unsuccessful he could face the rest of his life in prison, with the US seeking a 175 year sentence for computer intrusion and espionage. 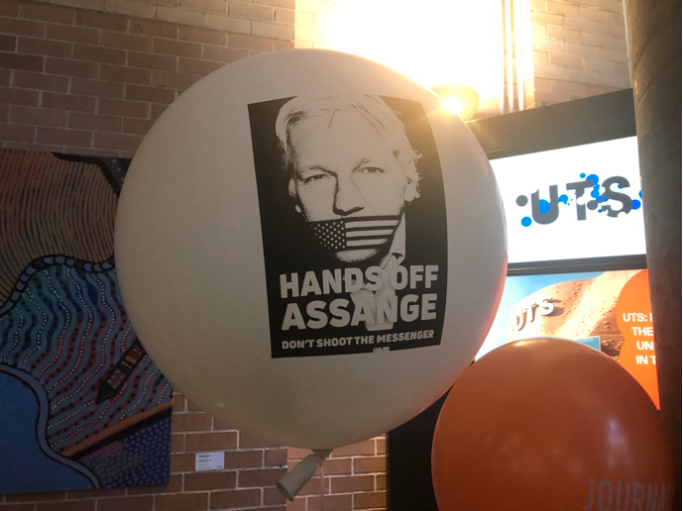 “She will not be sitting the case going forward,” Ms Robinson confirmed.

Despite this, she recognises the difficulty of winning the case.

“This case is so without precedent. It’s very difficult to predict what will happen.”

“They’ve [the US have] had almost ten years to build their case. I don’t think that he [Assange] has the facilities that are required to properly defend himself.”

But the human rights lawyer adds with a smile: “I look forward to the challenge next February.”

In June this year, the Australian Federal Police raided the home of News Corp journalist Annika Smethurst and the offices of the ABC’s News Director Gaven Morris and reporters Dan Oaks and Sam Clark.

Ms Smethurst was accused of exposing confidential government plans to monitor Australian citizens, while the ABC had reported on Australian special forces activities in Afghanistan between 2009 and 2013.

The raids triggered the industry’s rally cry of “journalism is not a crime” and led to the recent #RightToKnow campaign. A parliamentary inquiry into media freedom in Australia is also underway.

“You cannot deny the parallels between what happened to you in the police raids at the ABC and News Corp – raided for having received and published classified information about the Afghan War. What does that sound like?

“Precisely the indictment… and the criminal investigation that was brought in respect of Julian Assange.

“Not only is the Australian government doing nothing to help this Australian citizen… they’re picking up and running with it at home. And that’s dangerous. And so I hope now that journalists in Australia are starting to understand what we have been saying since 2010.

“If lies can start wars, then perhaps the truth can stop them.”

“It’s a shame that democratic governments are no longer respecting [democracy] as the fundamental principle,” she said.

“This sets a terrifying precedent… in the 21st century.”

WHO IS JULIAN ASSANGE?

Julian Assange became a household name in 2010, after he published thousands of classified US documents on the site WikiLeaks.

It exposed war crimes committed by US soldiers in Afghanistan and Iraq, including a video widely known as “Collateral Murder” showing American troops gunning down Iraqi civilians. Assange also released a quarter of a million private cables between diplomats, which has since been dubbed “Cablegate”.

“The impact was embarrassing but not damaging,” Ms Robinson said.

Later that same year, Swedish prosecutors accused Assange of rape and molestation. This led to his arrest in London where he was put on trial and granted bail.

Fearing Sweden’s international arrest warrant would result in US extradition, Assange sought refuge in the Ecuadorian Embassy in London in 2012. 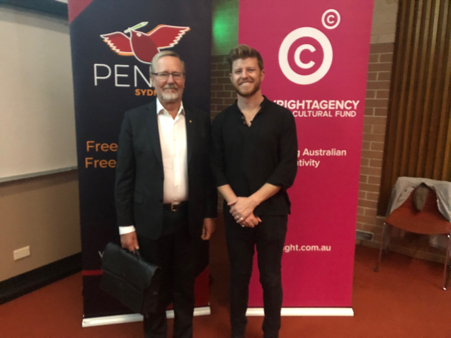 Although he was granted asylum, Assange claimed in 2018 that the Ecuadorians were restricting his fundamental rights and freedom.

He was banned from the internet due to leak controversies and his health deteriorated, according to friends and family.

On April 11 this year, the new Ecuadorian government, which is less sympathetic to Assange’s cause, revoked his asylum status.

He was promptly arrested by the London Metropolitan Police and charged with multiple breaches of the Espionage Act, including several acts of obtaining and disclosing national defence information without authorisation.

Each count carries a maximum sentence of 10 years in prison.

THE DAY OF THE IMPRISONED WRITER

Friday night’s event at UTS was hosted by PEN International, a worldwide association of writers who champion media freedom and speech.

The President of PEN Sydney Mark Isaacs, said: “In a post-truth and fake news age, now more than ever Australia needs a strong community of writers and readers.”

Mr Isaacs acknowledged all those writers who could not attend.

“Since the 1980s Pen International has used an empty chair at events to symbolise the writer who cannot be present because they’re in prison, detained, disappeared, threatened or killed.”

But on this occasion, there was no empty seat.

“Today’s empty chair was going to represent PEN prisoner of conscience and Kurdish Iranian writer Behrouz Boochani who’s been imprisoned … on Manus Island by the Australian government for more than six years,” he said.

“That was until yesterday when we learned that he “escaped” the Australian government’s offshore detention regime, reaching temporary safety in New Zealand.”

An outcome the crowd greeted with a cheer.