It’s considered taboo in some cultures and religions and historically avoided in the news media but suicide is the talk of this year’s World Mental Health Day – as reporter Elizabeth Green discovered in Sydney.

There’s no hiding it. Suicide is the leading cause of death for Australians under 45.

That’s why in Sydney today (October 10) Lifeline Telephone Crisis Supporters gathered at The Rocks to talk to members of the public about the “S-word” and how to prevent it.

It was part of Australia’s largest mental health festival, The Big Anxiety, which is on all month.

Dr Anna Brooks is the National Manager of the Lifeline Research Foundation.

“It’s important that we have in our society… the freedom to speak about mental health as we do about physical health,” she said.

“By degrees we’ll get there and normalise these conversations, and make it so people know that it’s okay to talk about..  and [that] it’s okay to ask for help.”

Grace De Wet, who has been a crisis supporter for six years, said that while suicide may be difficult to talk about, having conversations with loved ones who are struggling is vital. 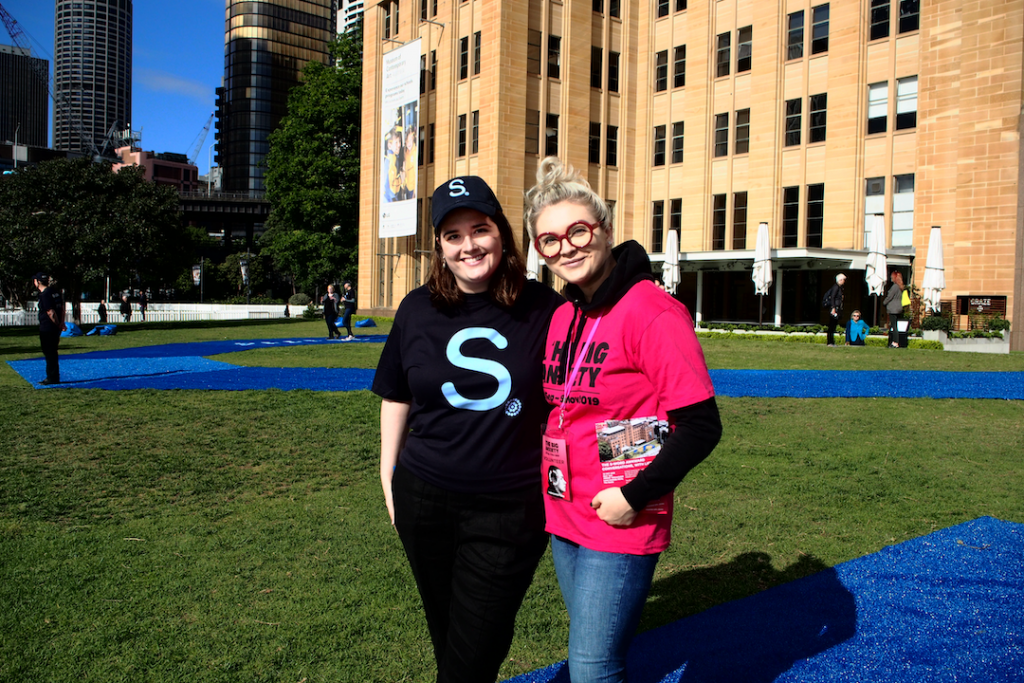 “Often people, when they worry about a loved one who might be having thoughts of suicide, they don’t even use the word. They might say, ‘You’re not thinking of doing something silly are you? Or something stupid?’

“We really guide people, if they’re concerned about a loved one, to ask directly. That’s the most loving thing to do.”

Lifeline Crisis Supporters name loneliness and isolation as the reasons many people contemplate taking their life. 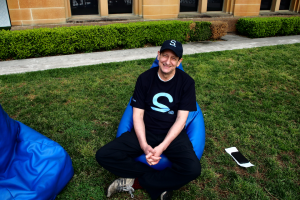 Chris Lisha, ready to have an “awkward conversation” about the “S-word” at The Big Anxiety (Photo: Elizabeth Green)

The Australian Psychological Society’s 2019 Loneliness Report found that one in two Australians (50.5%) feel lonely for at least one day a week, and that currently one in four Australians are experiencing a period of loneliness.

Those aged 75 and above have the highest degree of loneliness according to the study – at 19%.

Dr Brooks said that the number of politicians, athletes and business people talking about their mental health struggles has helped start the conversation surrounding suicide and mental illness.

But in some sections of the community, it’s harder to tackle.

Diver Declan Stacey (pictured above) is a Lifeline Community Custodian and a Commonwealth Games bronze medalist.

He was also on hand to talk to the public.

“If we can break the stigma and get people talking and [finding a] connection, then we’ve done a good job,” he said.

Ms De Wet echoes the belief of all Lifeline crisis callers – that every person can help those around them.

“The thing that makes the greatest difference is actually the simplest thing, which is just listening, validating someone’s experience and connecting with them.”

The Big Anxiety Festival is on until November 9 2019.

If you or anyone you know needs help, contact: