Tuesday August 13: Protestors have forced the cancellation of flights in and out of Hong Kong’s international airport – for the second day in a row.

As the anti-government student-led demonstrations roll on, The Department of Foreign Affairs and Trade is urging Australian travellers to exercise a “high degree of caution”.

IMPORTANT UPDATE: #HongKongAiport The Airport Authority has announced that ALL DEPARTURE FLIGHTS HAVE BEEN CANCELLED. Passengers are being advised to leave the terminal buildings. Affected passengers should contact their airlines. https://t.co/GtDNz3JEyE

UTS Head of Journalism Monica Attard, was among those stuck in transit this week.

Thousands of students have come back to Hong Kong Airport- dozens of flights being cancelled again pic.twitter.com/gVifqoMilf

After a day witnessing a largely peaceful “sit-in”, Professor Attard soon described the airport terminal as “chaos” – with student demonstrators following travellers as they were diverted from one terminal to another.

Hong Kong’s pro-democracy rallies began in April over an extradition bill that was later pulled. They’ve now expanded to represent the ongoing call for free elections.

As Professor Attard’s images across the day show, many of the airport protestors were young, and were being extremely careful not to show their faces. 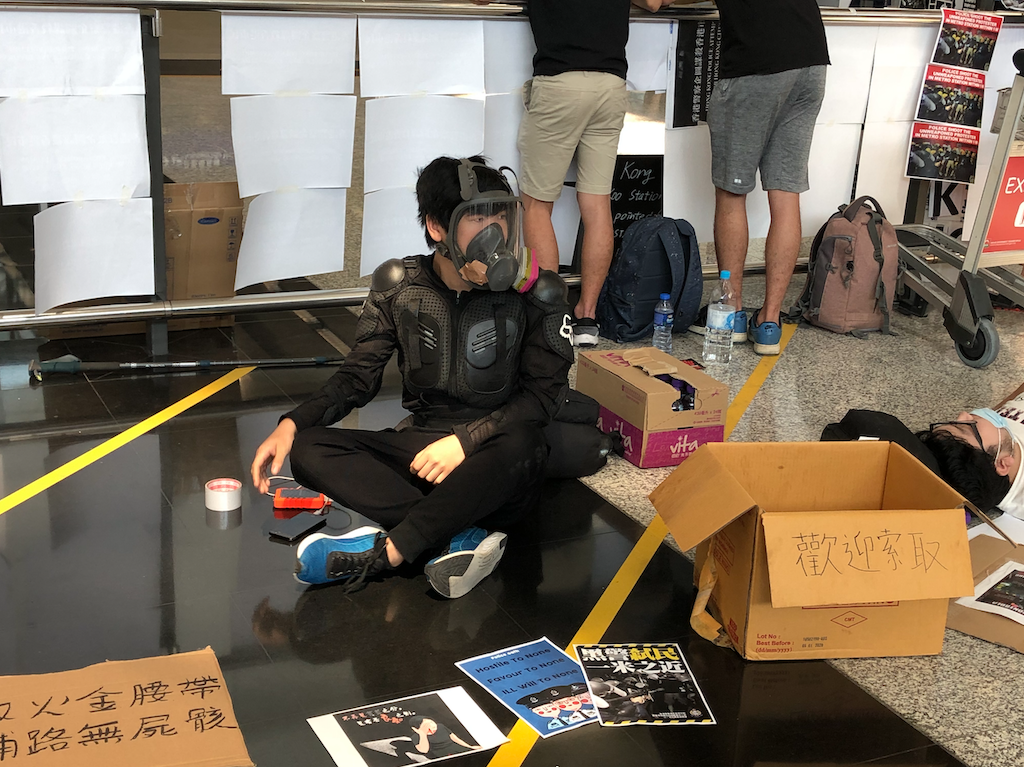 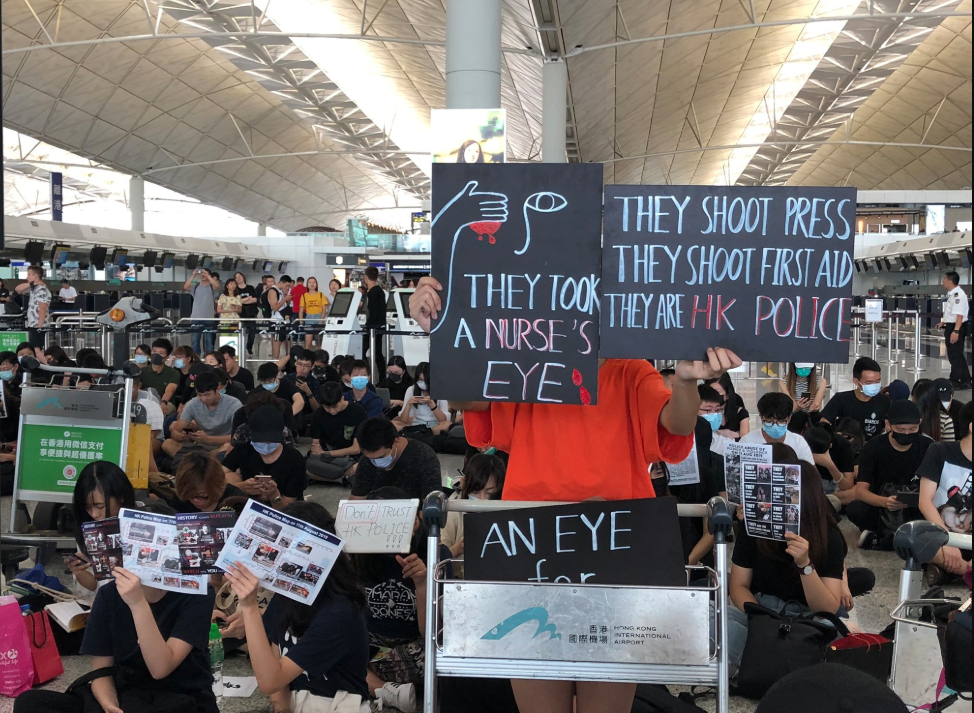 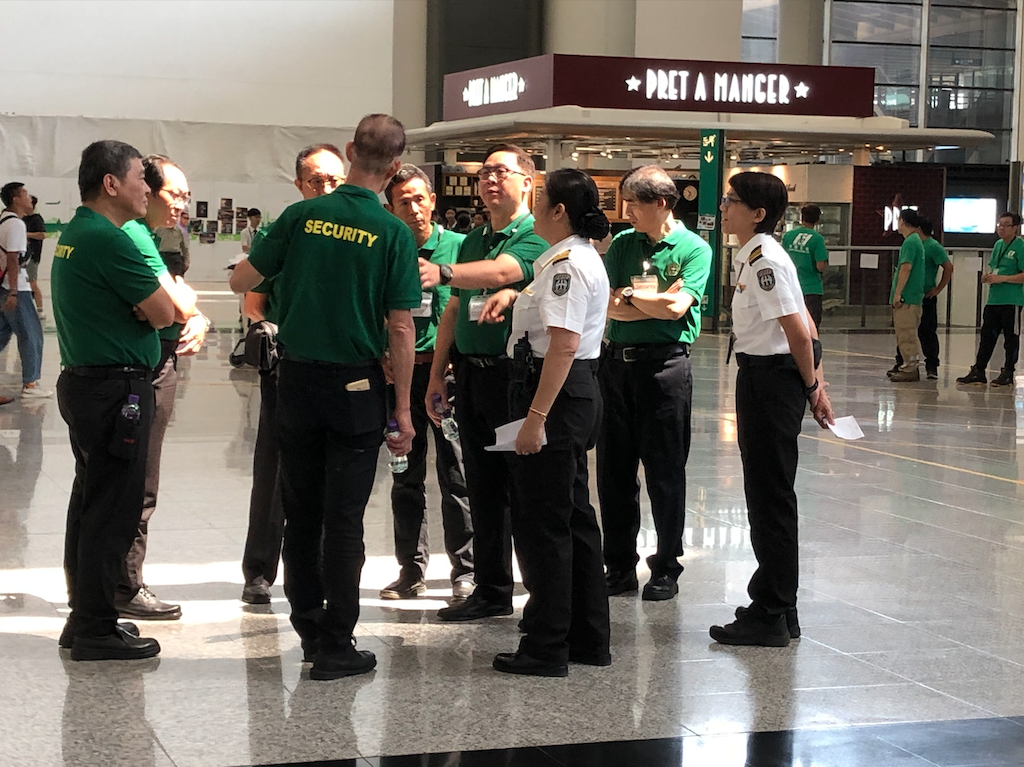 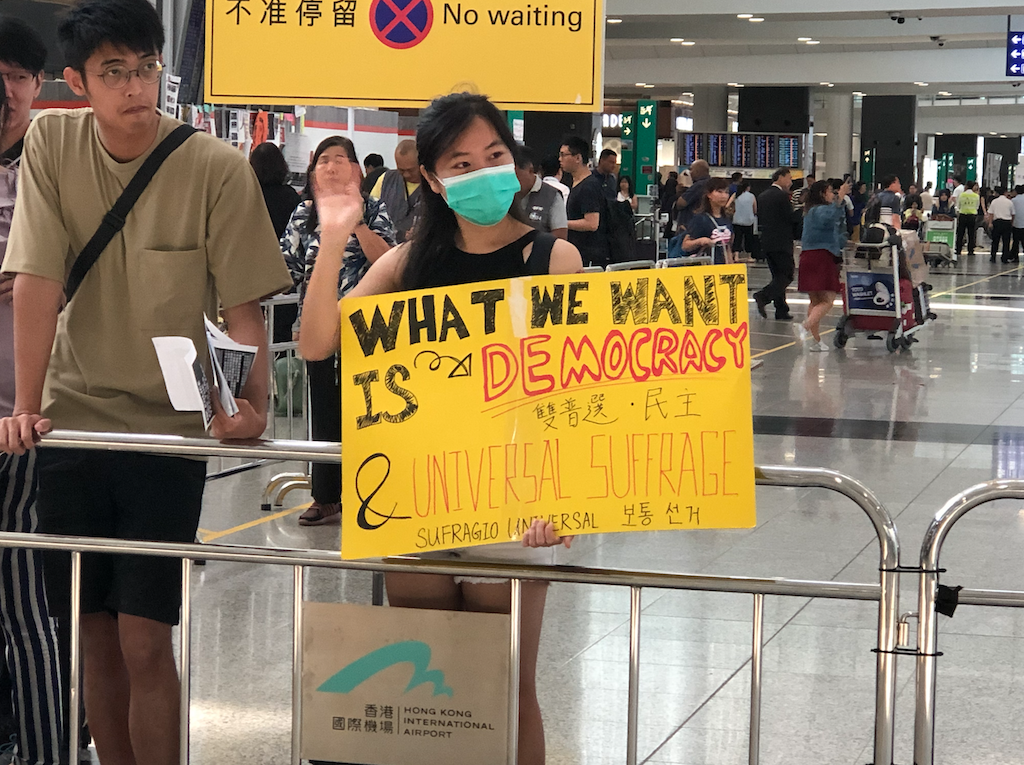 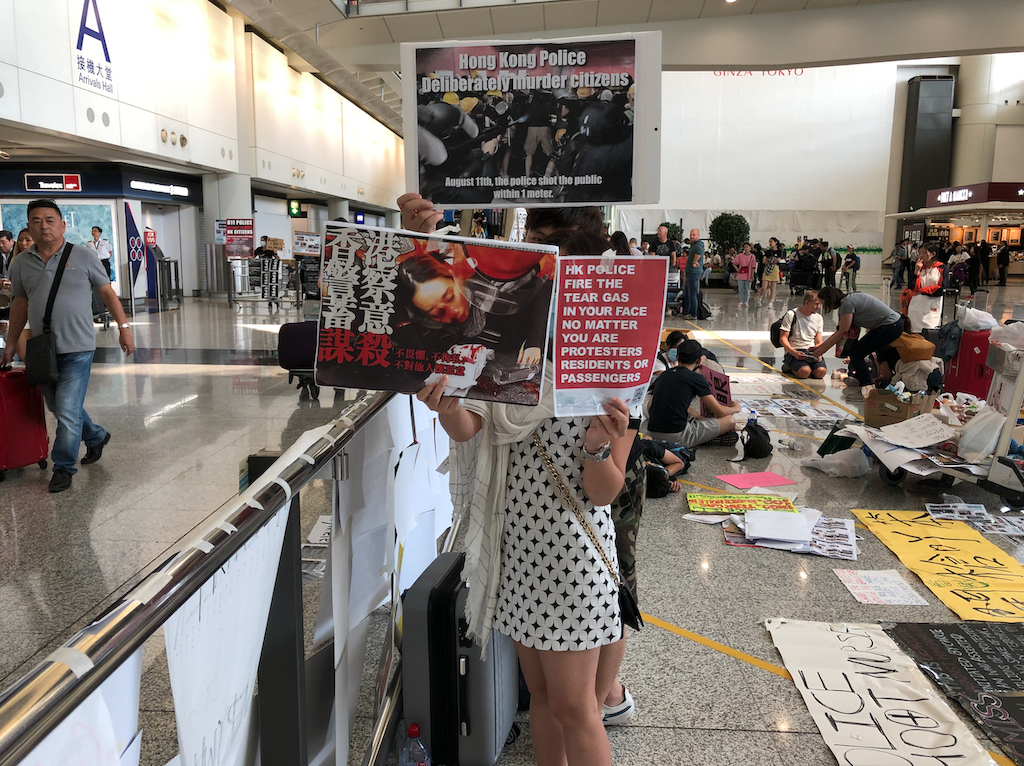 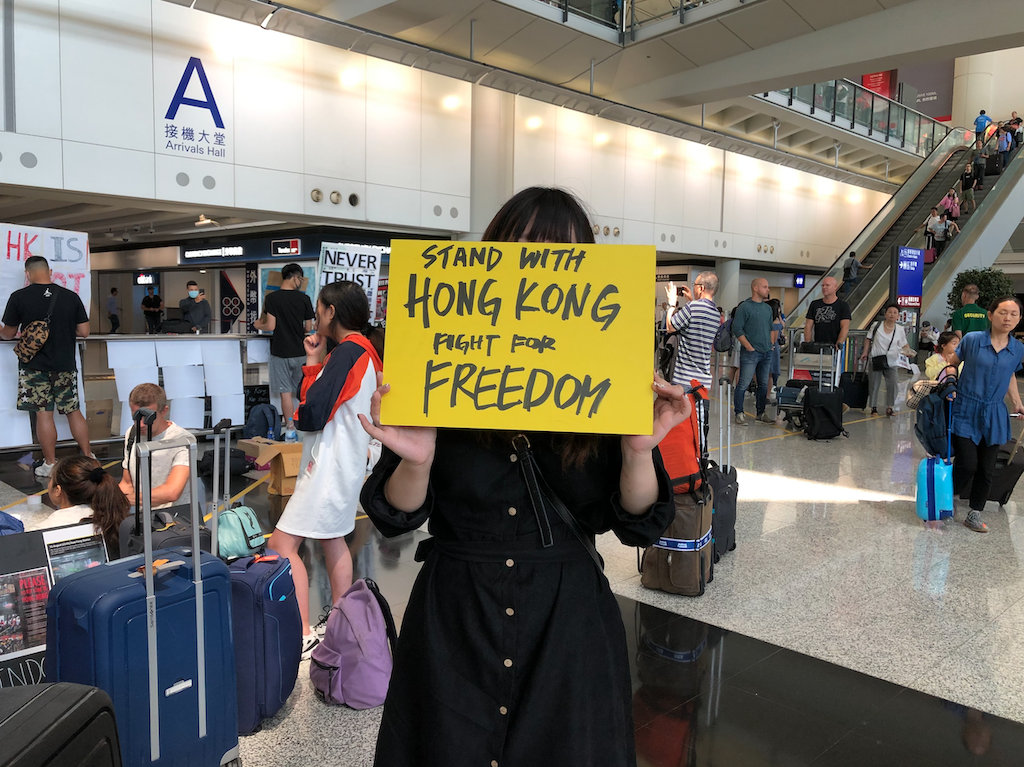