Support needed for the missing middle

This story raises issues that some readers may find confronting. If you would like someone to talk to, you can call Lifeline at any time on 13 11 14

Three months ago, she had an overwhelming urge to take her own life.

“I was just going through a really rough patch with family and my ex,” she explains.

“It really just brought me down. I have a son as well, so I couldn’t attend to my son’s needs because I was emotionally drained and mentally drained.

“I wasn’t able to cope with being a mother.”

Suffering from post-natal depression, she admitted herself into Psychiatric Emergency Care (PEC) in Sydney’s south.

Currently, those at risk are either treated in a locked psychiatric ward or struggle alone.

Tessa, who agreed to be interviewed but did not want to be identified, is just one of many in need of more support. 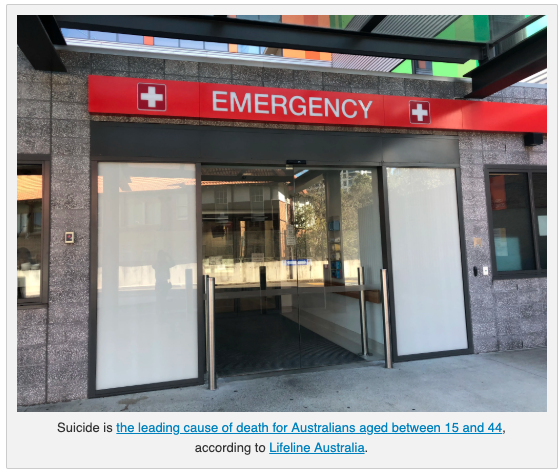 Early last month, the government rolled-out $500m worth of suicide prevention programs. But specialists still doubt whether cases like Tessa’s can be treated within the current system.

Professor Pat McGorry is a psychiatrist and founder of the youth mental health service, Headspace.

He says that suicidal Australians often end up right back in the same dangerous situation they were trying to escape.

“There’s a huge gap between the acute sector, which is really about risk management more than anything else these days, and then just a very basic sort of primary care.”

“That’s why it’s ‘the missing middle’.

The government hasn’t really moved in to help those people stranded in the middle, of which there are hundreds of thousands.

Aaron Fornarino is a public speaker and mental health advocate from South Australia who has struggled with depression and suicidal thoughts for most of his life.

He was admitted into emergency mental health care over 40 times in his teens.

“Often a patient will present to hospital with those sorts of [suicidal] thoughts and be turned away, or there’s not a lot of follow-up or initiation with mental health services,” he said.

“A person very quickly learns that there’s not much help at all. They will soon find themselves in the same spot again.” 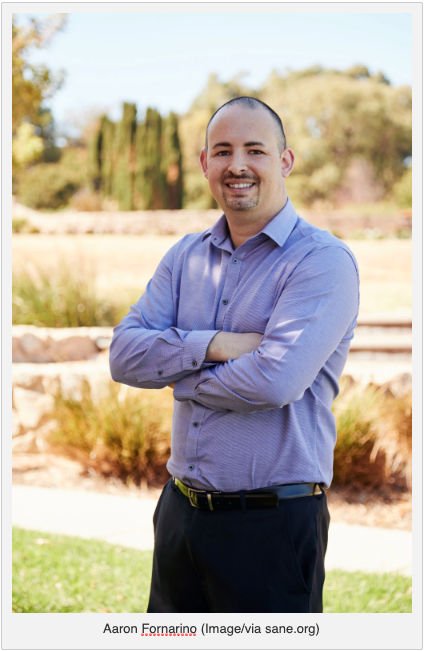 Front-line workers are noticing the same patients coming back again and again.

Bill Bradbury was a police negotiator in Sydney for five years. He remembers one man in particular.

“I managed to talk him back… but maybe three or four months later I got call at work and it was the same fellow.

Rachel Bowie, a crisis supporter at Lifeline, has noticed a similar trend, where many people call numerous times because the bad thoughts keep returning.

“Around 20 per cent of our callers are actively suicidal,” she said. “… they are ringing us because they are having current thoughts of wanting to take their lives.”

“We often get people who previously have been suicidal, who are concerned about getting to that point again.”

Professor McGorry says society has to keep pushing for change.

We’ve got to convince the government to do more. It’s like they put down the foundations without building the rest…

“The vast majority of people benefit from treatment so it’s just about making sure they get access to that level of help.”

After receiving professional help, Tessa is feeling a bit better.

“I’m not fully recovered but I’m on the road to recovery,” she explains.

“I have started my counselling sessions and family therapy and stuff. My son attends daycare now five days a week. Everything’s working out. Slowly but surely, I’ll get there.”