An offshore gas field designated for Australia’s east coast is only two steps away from getting the green light. Petroleum Exploration Permit 11 (PEP 11) covers 4500 square kilometres of ocean from Newcastle to Manly – including a portion of the Sydney Basin.

The early morning sun begins to break the horizon, spilling golden light across the ocean.

Rachael Scott, 25, paddles out beyond the waves and sits upright on her surfboard.

The young environmental scientist grew up here in Newcastle and has spent her life in the ocean. However, her home is currently being threatened by a proposed offshore gas field, commonly referred to as PEP 11.

“Now that we have this government ‘gas-fired’ recovery plan it seems quite likely this project might actually become a reality, which is terrifying and infuriating,” she says. “No one ever wants a fossil fuel project to be in their backyard.”

There are roughly six million Australians who live along the PEP 11 coastline, with parts of the permit zone only 5.5 kilometres from the shore.

“I grew up quite close to the ocean and spent days down there as a child playing in the sand, exploring the rock pools and watching the whales migrate every July,” Rachael says. “That was magic, you know. As I got older, I started surfing more and just being able to sit out there on a board and look out to the horizon; it has an incredibly healing and calming effect on the mind.”

The 2020 Budget revealed $52.9m will be spent on investments and developments for the gas industry. This followed the Prime Minister’s announcement on September 15 that gas will help establish a strong economy as part of Australia’s recovery from the COVID-19 recession.

As a young Australian, Rachael says she’s frustrated with the government’s ongoing support for the fossil fuel industry and its lack of action on climate change.

Rachael Scott isn’t the only local concerned about the prospects and risks of PEP 11. Tens of thousands of community members have raised their concerns about the project.

A petition to stop PEP 11 organised by “Save Our Coast” has so far received 74,000 signatures, with 26,000 people taking action and contacting their local Member of Parliament (MP).

According to Dr Natasha Deen, Director and Founder of Save Our Coast, “everybody is horrified and outraged by the thought of our coast being industrialised, and [of] potential gas rigs on the horizon.

“Surely, putting a gas field there is risking jobs, it’s risking the economy, it’s risking our livelihoods. Not only that, it’s threatening our way of life, our culture, and our wellbeing.”

Dr Natasha Deen, Founder and Director of Save Our Coast

Dr Deen describes how the Aboriginal elders from the Awabakal and Worimi tribes have been at the forefront of Save Our Coast’s campaign.

“The thought of this oil and gas plan going ahead contributes to First Nations grief.”

Their motion was accepted by the House of Representatives. three days later.

There is evidence Mr Pitt supports the extension of PEP 11, indicating the government will continue to support the development as part of its gas-led plan for economic recovery.

Former Professional Longboard Champion Belinda Baggs, grew up in Newcastle and describes surfing not only as her family heritage, but her way of life.

PEP 11 is not new. According to the Parliament of NSW, PEP 11 was first surveyed in 1981, with the first petroleum well drilled in December 2010 – 61km east of Newcastle. It was unsuccessful in finding gas.

Asset Energy, a subsidiary of Advent Energy, holds 85 per cent of PEP 11 and is the operator of the permit, with Bounty Oil and Gas holding the remaining 15 per cent.

In December 2019, Advent Energy submitted an application to the National Offshore Petroleum Titles Administrator (NOPTA) to enable drilling of the Baleen drill target in the PEP 11 permit, which expires in March 2021.

As the current permit is approaching its expiry in March 2021, the decision for an extension of the permit and approval to begin drilling for gas, is imminent.

Sean Doherty, a journalist and Chair of the Surfrider Foundation, was one of the organisers of “Fight for the Bight”, a grassroots campaign which stopped the Norwegian oil giant Equinor from drilling in the Great Australian Bight.

“On the back of the success of the Fight for the Bight campaign, we were ready to jump straight onto a PEP 11 campaign and keep the ball rolling, and those protests going,” he said. “We got nationally recognised for those paddle-outs consisting of almost 100,000 people.

“Imagine, if they’re turning out for the Bight, which is remote and in the middle of nowhere, what would happen if they’re paddling out from their own backyard.”

Sean Doherty, Journalist and Chair of the Surfrider Foundation

“I think particularly with PEP 11, it [the pandemic] has presented a window of opportunity for components of the gas industry to really run with it because the options for public opposition are pretty limited.

“The thing we noticed with the Bight, [is that] all this stuff happens in secret, like the development of onshore and offshore gas. You don’t see or hear about it; it’s deliberately done out of sight and out of mind.

“You’ve got to step back from it all and look at the point of history we are in and realise just how wrong it is. You’re propping up dying and dead-end industries, which don’t have a future, and you’re spending taxpayer’s money on them.”

According to the Institute for Energy Economics and Financial Analysis (IEEFA), a gas-led recovery will not lead to an economic recovery from the COVID-19 pandemic. Bruce Robertson, a gas financial specialist at IEEFA, said Australia’s economic recovery needs to focus on industries which are already doing well.

The CSIRO and Australian Energy Market Operator (2018) revealed the cheapest source of new electricity is renewables not fossil fuels.

“Also, there’s not a lot of jobs in gas; it’s one of the lowest employers of all the industries in the country,” Mr Doherty says.

“I think to sum it up, the whole thing is unnecessary. Australia is awash, we’ve got gas everywhere. We’re the biggest exporter of gas in the world. Why we need to develop it off our largest city and second largest city (in NSW), is kind of beyond me.”

Advent Energy was contacted but did not respond for comment. 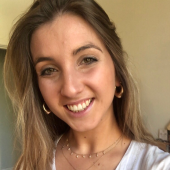