FORSTER-TUNCURRY: Australia’s oyster industry may be right on the water’s edge when it comes to climate change, but some Wallis Lakes farmers are withstanding rising sea levels because of their willingness to adapt.

Stephen Verdich has worked at the family-run Verdich and Sons Oysters for over 40 years.

“Wallis Lake has had to reinvent itself [by] using different techniques to grow oysters,” he says. “We’ve always had to change, and change.”

He adds that there’s no doubt the climate is changing, and oyster farmers are in a prime position to see it.

“Over the period of time that I’ve been oyster farming in Wallis Lake… we’ve noticed our summers are getting longer. The optimum growing height for oysters is now another 50mL higher [because of] the rising waters. We’re thinking that is partly to do with the changing of the tides and changing of the weather.” 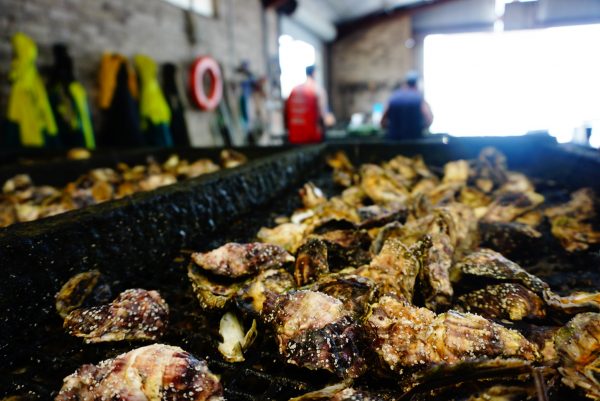 Like most farmers across NSW, oyster growers have been hit hard by the drought.

“Since we’re going through these extended dry periods, we’re not getting the growth that we would expect from our stock,” Mr Verdich said.

So, the 66-year-old is embracing the latest advances and technologies in the industry, and not just when it comes to farming. The way he manages the family business is changing too – and that includes partnering with outside buyers like East 33. 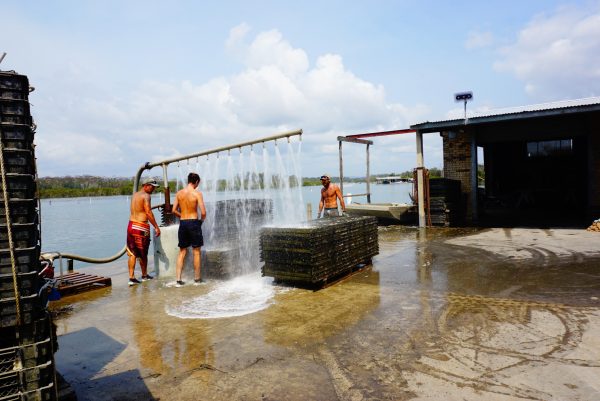 The company, which derives its name from the Sydney rock oysters located along the longitude of 33 degrees, is buying up Great Lakes leases.

“The industry was ripe for someone to come along and say, ‘this industry has family-based farms that are struggling’ – struggling to earn enough money to survive, and [still] have enough money left over to invest in new infrastructure and new technologies.”

“East 33 happens to be that company. [They] amalgamated some of those farms into bigger entities, and saved money… and [they] can produce oysters cheaper just through volume “

Mr Verdich styles himself as a “climate change sceptic”. He says it’s hard to tell at what point the changes in the water are due to climate change or simply human activities – such as removing the sand bar at the mouth of Wallis lake. 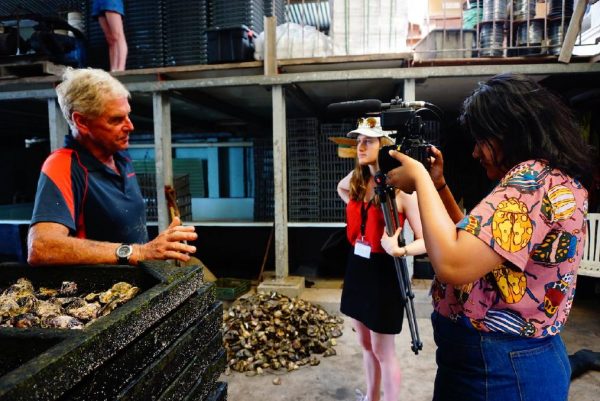 But he concedes it can be worrying at times to work on the front lines of that change, as his entire future rises and falls on the tide.

“My farm is essentially my superannuation,” he said. “I worked on the oyster farm for 20 years for myself – before I started paying my super. So, this is everything I have. I can’t just retire like other people.”

*This story has also appeared in the Great Lakes Advocate, Forster-Tuncurry and the Manning River Times, Taree.