Single ladies, put your heads up

Conventionally, living happily ever after means getting married at some point. But is this really still the case? Sevin Pakbaz decided to find out.

All around the world, women are choosing to stay single – or single for longer.

That’s according to the findings of “Families in a Changing World” – an extensive report released by UN Women.

The study examined economic, demographic, political, and social changes in families structures – from a global, national and regional perspective.

It found female attitudes are changing when it comes to monogamous commitments, and are shifting towards a life focussed on career goals, self-love and personal growth.

Right now, more women than ever before are reaching their 40s without ever marrying, or they’re waiting longer to tie the knot.

There are more single females than ever before, but statistics vary across regions. (Graphic: Sevin Pakbaz)

Parallel to this, marriages aren’t as everlasting as they have appeared previously.

In every region of the world, the rate of divorce is higher and that appears to have had a positive social impact. There are “lower rates of suicide by women”, “a lower incidence of reported domestic violence” and “fewer instances of women being murdered by their spouses”.

The changes are evident locally too. Sydney is now home to more “singletons” than ever before – and most are women.

The data does speak for itself, but what is even more noticeable is how totally audacious women are about their single life, when sharing it globally on social platforms.

Dr Bella DePaulo is a social psychologist and an expert in the study of “single life.” She is also a self-proclaimed “unapologetic lifelong single person” and says she coined the term “single at heart.”

“I fully committed to it when I moved from the east coast of the US to the west, for what was supposed to be a one-year sabbatical in 2000,” she said. “I loved it so much, I never went back.”

The 63-year old singles advocate even went on to do a TEDx Talk in 2017 titled “What no one ever told you about people who are single“, which has had nearly one million views.

She says that the independence and control women have in today’s society is why there is an increase in those pursuing the solo life.

“Women today can often earn enough money to support themselves and maybe some kids, too. They are not tethered to a husband for economic life support.

“For people like me who are ‘single at heart’ – meaning that we live our best lives by being single – living single is the most fulfilling, meaningful, and rewarding way to live.

“You get to use your time as you wish. You can pursue your passions. You can decide who is important to you.”

Usually diverging from societal norms attracts a social stigma, and this is seems to be the case with those “single ladies” who do not want to “put a ring on it”. (*A reference to Beyonce’s hit song.)

Dr DePaulo says the major stereotypes associated with single females are that they are “miserable, lonely, isolated, selfish” and, despite their own choice to remain without a partner, people assume they “care more about escaping single life than anything else.”

However, she debunks these stereotypes in her book “Singled Out: How Singles Are Stereotyped“.

“The irony of these stereotypes is that they are all either untrue or the opposite of true. For example, in many important ways, single people are even more giving and caring and generous than married people are. They are also more connected to other people,” she adds.

Despite her positive activism and research into quashing the stigma around single life, Dr DePaulo remains a target for those set in their traditional ways. She says she has been trolled “more, recently, than ever [before]. I had to close down the comments section in blogs I have been writing since 2008.”

But this might be because the “single-hood” movement is getting stronger and is spreading across different social platforms – often upsetting the conservatives.

In the meantime, she says she will continue to advocate for other women to just embrace their decisions to remain partnerless.

Florence Given is the face of “singlehood” on Instagram.

She is bright and quirky with an unwavering feminist perspective – and she’s using her art to advise women to ditch their boyfriends.

Many say her work is controversial, but listen below to why UTS Women’s Collective members Hannah Riley and Sam Larkings, adore what she stands for.

Not every single woman’s struggle and perspective is identical. Ebony Heins is just a normal 22-year-old female. But her desire to never have kids makes her peculiar in a society that traditionally views women as “child bearers”. 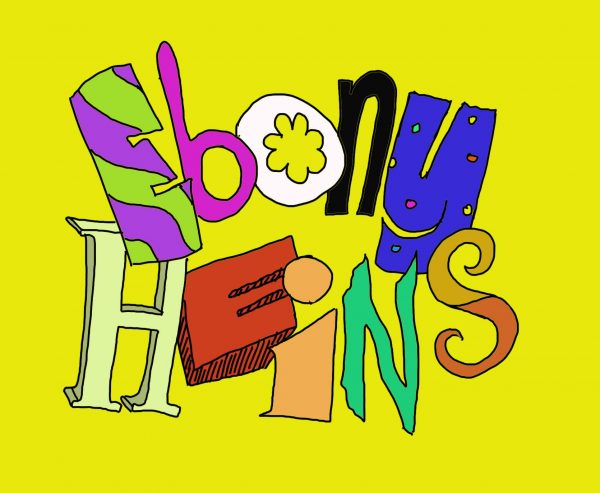 She wants people to understand that her decision not to be a mother is based on more than her specific medical condition.

“For some reason people don’t believe that, they say I will one day. When I tell them I’m disabled, when I tell them I can’t, they suddenly accept my decision, but suggest I could always adopt… as if the only feasible reason why a woman would not want kids, the only thing that would make her choice valid, is the impossibility of it.”

Even professionals carry the preconceived perception that being a mother is a priority for all women.

“I have had doctors refuse to give me certain medications, medications that have been proven to be more successful, [but] they can affect fertility [so] instead they give me a less successful medication that doesn’t affect my fertility. It seems that even as an almost totally infertile woman who does not want biological kids, my body belongs to the idea of the “possibility” of having kids. It’s so ridiculous it’s kind of funny. Except it’s not.”

Coming from a strict Christian background meant Ebony found herself going against her family’s beliefs – but she still embraces her single life.

“I don’t share much of my life with my family, I disagree with their values and they know that. I enjoy being single because I have always been a very independent person, I like being free. I don’t want my actions to be bound to another person’s feelings.”

“Right now, I am healthy. I can run and dance and walk unassisted and I won’t be able to do that for as long as most people. So while I can; I will run and I will dance and I will sleep with whomever I want (provided they want to sleep with me… ) and I will not be bound by any sort of social idea of where my happiness should come from.” – Ebony Heins (Photo: Sevin Pakbaz)

“Monogamy pushes an idea of ownership on us that makes people act in desperate and mean ways. You don’t need to be in a monogamous relationship to love someone or have someone love
you.

“People assume that being single means being unloved but it doesn’t; it means loving in a bigger way than you can ever imagine because your love isn’t defined to one person, it is there for
anyone you want to give it to.”

“I have casually dated multiple people at once, all of whom knew that I was sleeping with other people. I have had fun… but in a monogamous relationship my fun is bound to someone or something that can cause guilt – in casual relationships I feel free in my fun.”

Ebony says her openness about the types of relationships she wants to have, has led to her being “slut-shamed many times.” But marriage is definitely not a priority.

“I do not believe in marriage; I think this comes from my religious upbringing. I always associated marriage with religion, and I disagree with both. I would find it hard to have a wedding and to call myself a wife when I know that for so many people living in the world today, that is a tool of oppression.

“If, one day, I choose to be in a long-term, monogamous relationship with someone, that will be a conscious choice that I make every day, not something I feel bound to by marriage. I will choose the parameters of my own relationships, not traditional or social ideas and preconceptions.”

American mother of three, Aisha Stokes, left her partner of 10 years and what she claims was a “cookie cutter” lifestyle.

She is now the author of “Don’t Be That Girl, The American Dream Is Not Yours”, which educates women on why self-love is the most powerful and fulfilling relationship one can have.

In her book, she draws from her own experiences. Despite being in a healthy relationship, she says she felt “unhappy and unfulfilled”.

She left her long-term partner to take a chance on her own happiness, despite her friends and family believing she was making a huge mistake.

“I was in a relationship where I was not happy – and the reason I had to be with somebody is because I had a child with them.

The most common stereotype about single women is that they are selfish but Aisha would rather “struggle than settle”. She says she realised her own happiness is more important than remaining in a relationship just to fulfil what she believes was part of an “American Dream”.

Her advice for other women is to always put themselves first despite the odds and what they are being told by society.

“I am not saying be single, I am saying be fulfilled in your life and not accept mediocre relationships. If you are in a relationship that doesn’t serve you, I recommend you walk away and not to stay somewhere that isn’t fruitful.

Aisha responded to questions by recording a clip and posting it on YouTube. In it, she reads some simple advice from her book.